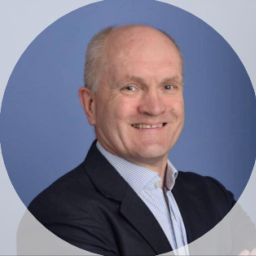 AGA TC Problems. Have They Been Sorted?

This is a current update as I see it of the AGA TC Problems. I wrote an article about the AGA Total Control problems a few years back which is now out of date. Click here

Lets say the AGA Total Control had lots of teething problems. The main issues were condensation in the Simmering Oven and a problem with the main electric wiring. Lots of flashing error codes meaning you had to call out the AGA engineer who took ages to turn up etc etc.

The AGA TC is a different type of AGA to the traditional AGA in that it is 'controllable' which means you can use it like an ordinary range cooker, switching bits off and on as required or keep everything on and run it like a traditional AGA.

Since then AGA have sorted out these problems. At the time AGA did retro fits to fix the main issues on existing cookers, and in some cases extended warranties. And in other cases offered the owner a new different type of AGA as a replacement. So for example the owner got an electric 13 Amp AGA. So in all problems were sorted with the existing AGA TCs and new ones had different bits so they weren't unreliable.

So new AGA TCs sold tend to  be reliable. Though new issues are they are very expensive to fix if they go wrong out of warranty.  I have been contacted by people who have had issues with them when the main electronic board has gone. AGA quote £1,000 for the board itself, and I know of a lady who ended up paying £2500 to get her AGA TC fixed.

There has also been a rumour that AGA have stopped supplying parts to independent AGA engineers though with the news in the last couple of weeks that AGA are making all of their employed AGA engineers redundant in July 2018. So they are going to have to allow independents to fix them. Though how you get the right engineer with the knowledge to fix them might be a problem.

I guess the current AGA engineers who fix AGA TCs are going to be in demand. And AGA may have a course for engineers to go on. But the parts will be still supplied by AGA Rangemaster. So a big cost factor.

I have noticed a post on Facebook this week, who had one of the first AGA TCs. It went wrong a lot. She had it fixed and updated, and her warranty extended. Now out of warranty she is getting lots of problems and AGA aren't responding to her. So she has a dead AGA with no one fixing it.

So if you are buying a new AGA my recommendations are to seriously NOT  consider the AGA TC. Look at the AGA Dual Control. It's my favourite. Easy to use. Economical to use. Or if you do get persuaded, don't buy a second hand one as it is probably one of the earlier ones with inherent problems.

Also a new AGA called the R7 has been released. There is also an Er7 which has an electronic control panel. This to be me looks the same as the TC, it runs the same except the temperature control has more presets. This means it is getting very much like a normal cooker except it has the cast iron ovens of an AGA. ​

Or if you want to save yourself some money and have traditional always on AGA with lots of radiant heat. Look at a reconditioned 30 Amp AGA, I bought mine from Mr Cooker in 2007 just before my son was born. It's one of the cheapest AGAs to run. We are spending  £15 a week to run it - it's on all of the time. Click here to see Mr Cooker's site

Get Your Guide Now And Save Money Today

You have Successfully Subscribed!

don't call us.
we will coconut
you

organic pop up market store is heading your way​